The story:
I created the ‘Making trophy hunting extinct’ campaign for Charity sector organisation Lionaid. The campaign took the form of a series of prints that were printed locally and sold online, and at an Expo in London, to help LionAid raise funds.

I used traditional pen illustration to illustrate this poster (pictured below) then commissioned other artists to illustrate my other concepts in their style. I even managed to convince cartoonist Beck to illustrate one of the concepts. 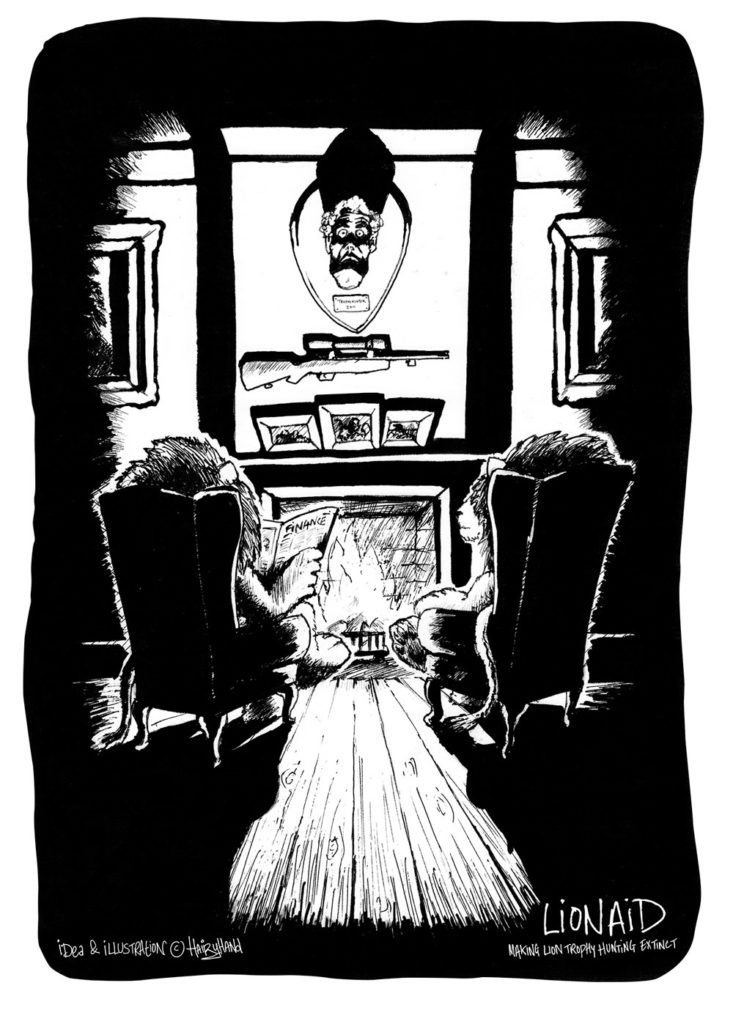