SOCIAL MEDIA CONTENT: 99 Problems but a bic aint one

The Story:
Taking part in ‘One Minute Briefs’ has been a great way of generating content for both Hairyhand and HH creative’s social channels. The brief is tweeted at the beginning of the day, then creatives tweet their responses.

The example below is a simple poster idea that I created as a response to advertise ‘pens’, and is an adaptation of the song title by rapper Jay-Z

Submitted as a Chipshop Awards entry in 2012, but failed to even receive a nomination, however it has gone on to be one of my most shared pieces of work on social media. 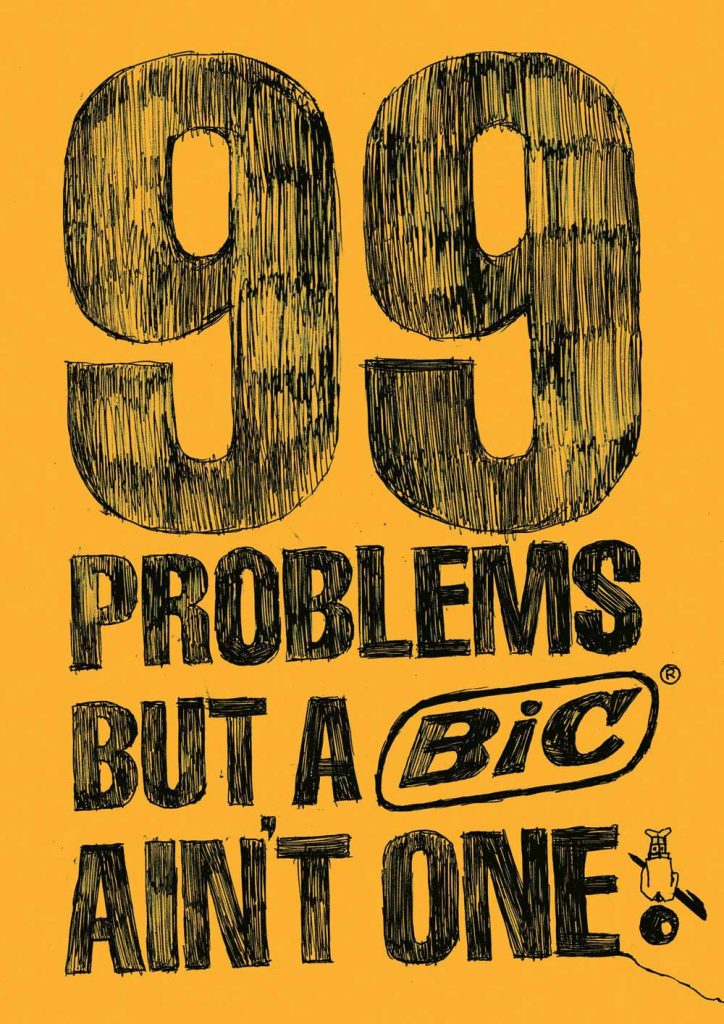