The story:
The mission was to create a PR stunt based around the release of Starwars – The Force Awakens, with the aim of raising the agency’s profile.

The idea was simply to state on our social channels that we intended to turn the dome-shaped rusty bolt roundabout in Ashford into the head of R2D2.

I took a  picture of the intended site, then mocked-up the graphic in photoshop. I then shared it on Facebook and the idea blossomed, reaching over 77,000 people  – organically! 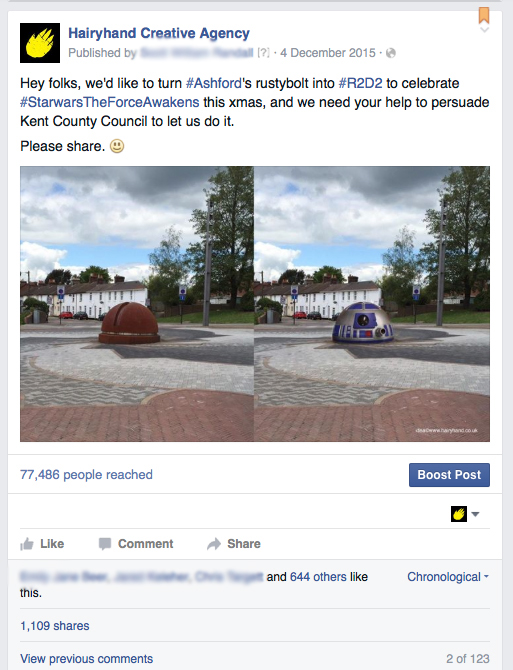 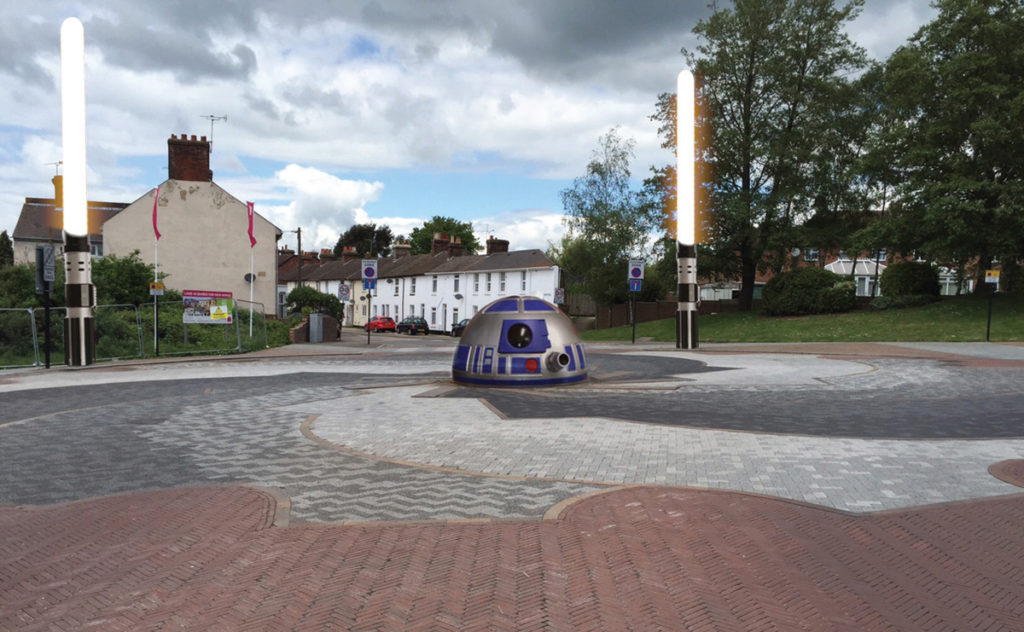 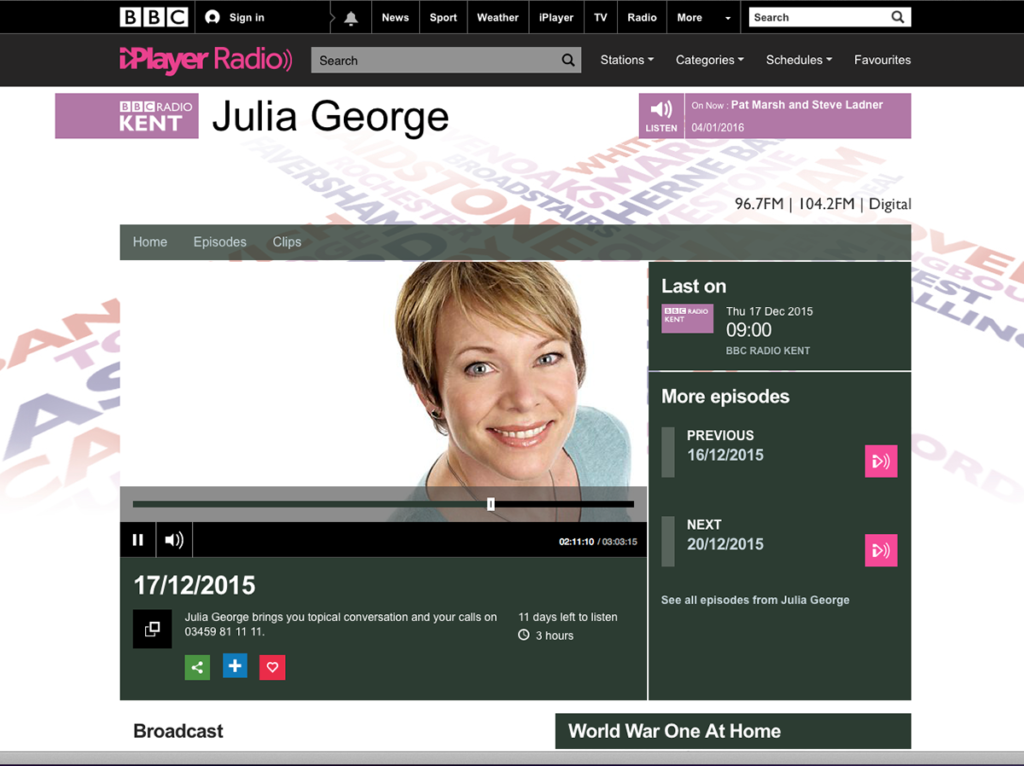 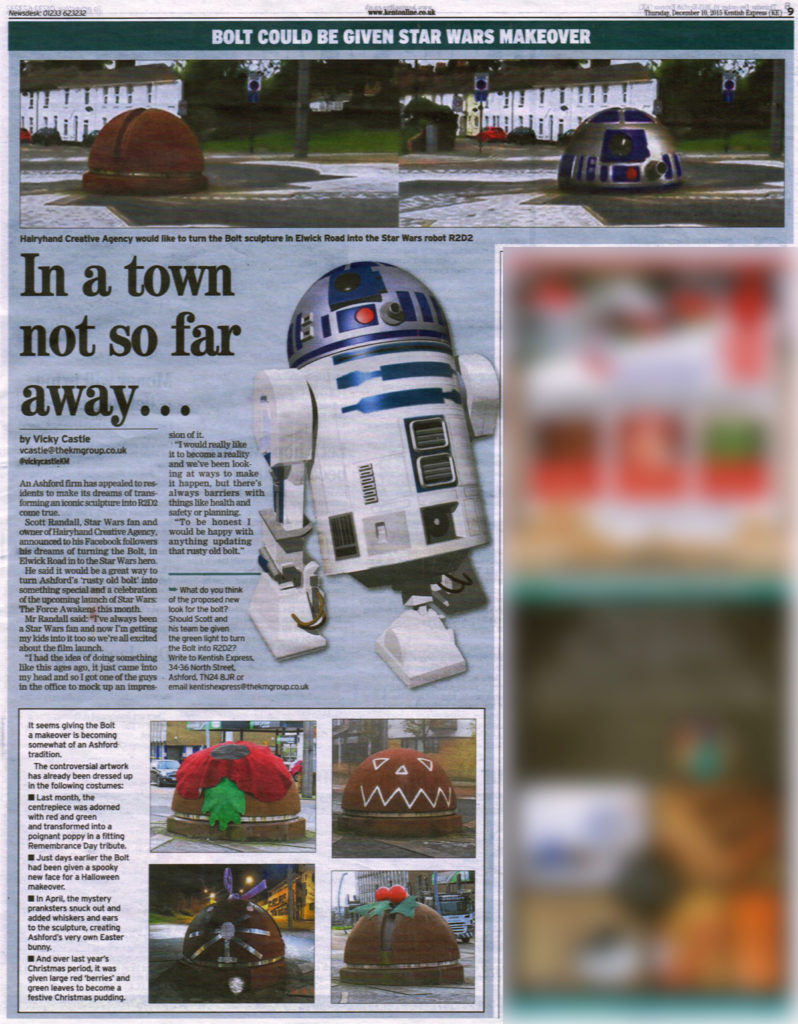 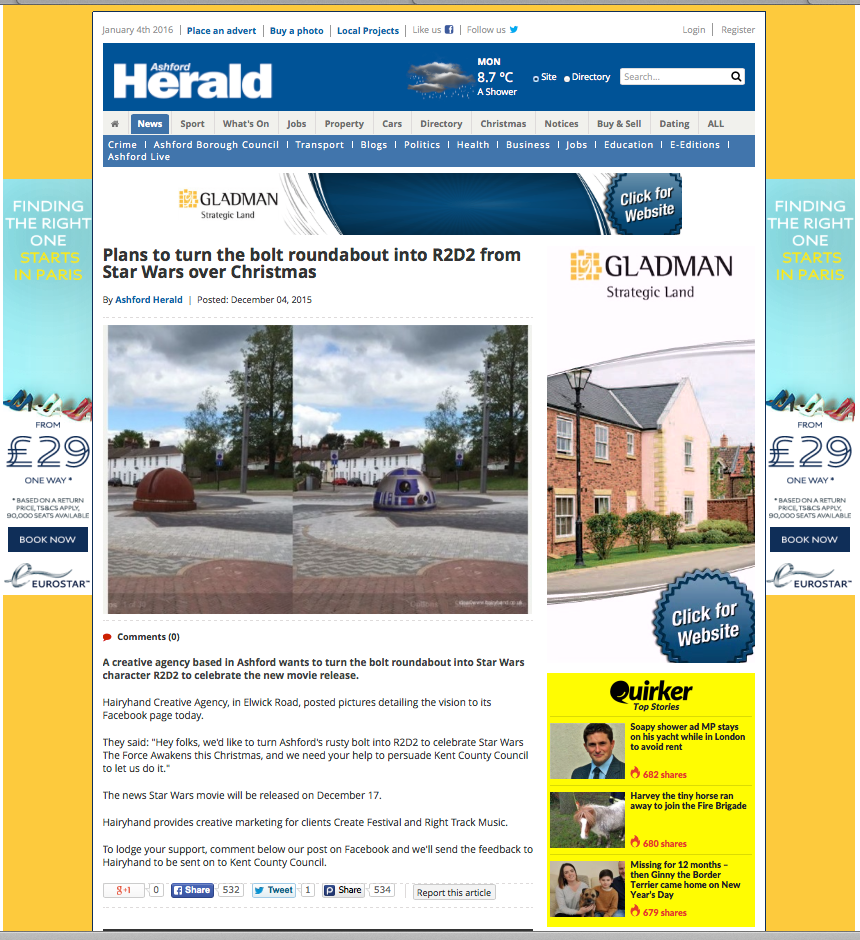 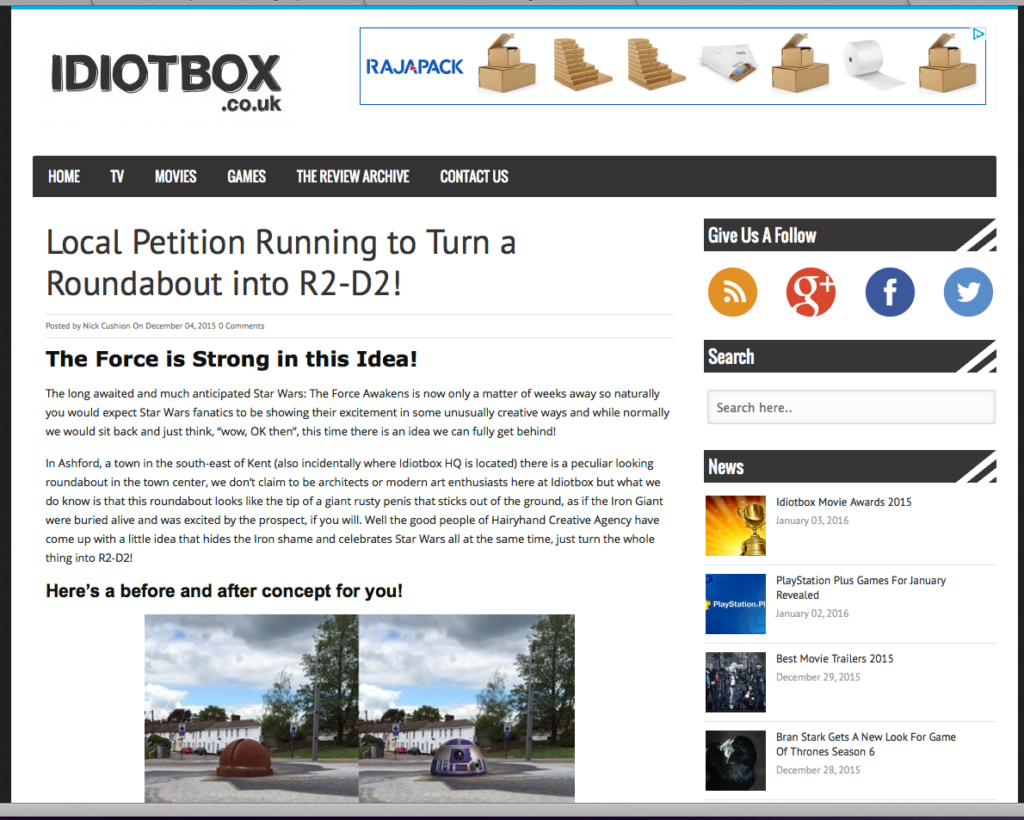