The story:
Not long after leaving my first job, I teamed up with a copywriter and entered a 1 day competitive workshop, held by a recruitment creative agency called Work Comms ltd. We finished in 2nd position and were given a job at the agency.

During my time at Work Comms I had the chance to work on some major brands, such as Unilever and The AA, and below is a couple of examples of recruitment press adverts that I created for TFL and Nestle.

In both instances shown, I created the idea for the visual, art directed the photo-shoots for both pieces and oversaw the layout of the final artwork. 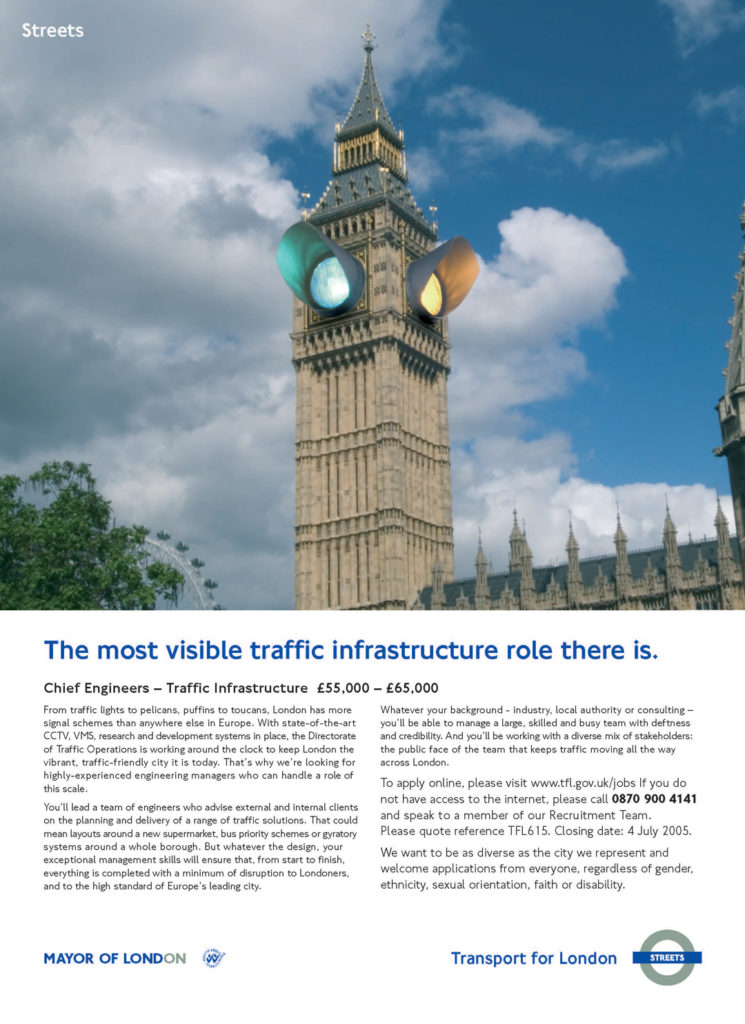 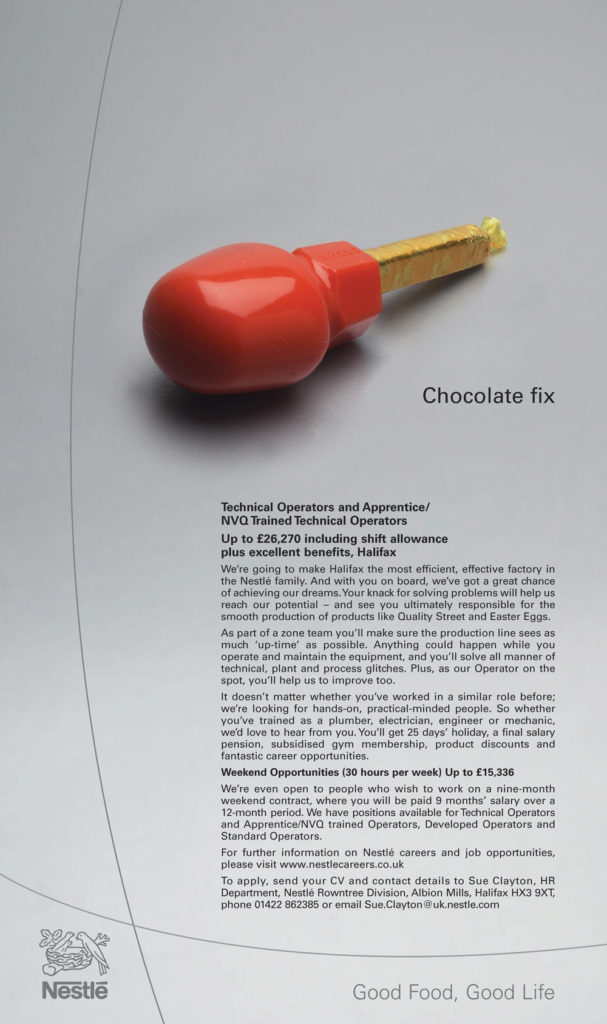