The story:
In 2012 Ashford Borough Council asked Hairyhand to rebrand its free Music Festival, ‘Create’. The festival had been established for 17 years, being held in a local park. However, it had no real brand identity. Promotional literature often relied on a collage of images picturing musicians holding instruments. The client was keen for the new identity to quirky, creative and have a ‘Craft’ feel.

My idea was that the music brought the park to life. The logo was based on one of the many large trees in the park, with the ‘Treaker’ being added to give it a holding device. I then illustrated the graphics for the rest of the assets based on giving human characteristics to the animals that are native to the park/British countryside.

Initially, only the logo, poster, booklet and stage banner were commissioned, but in the following years, more assets were added, including a suite of internal signage banners, a large scale Main stage banner plus other stage banners.

The ‘Treaker’ – a secondary graphic device created to help hold the logo.
Used predominately in the execution of the original assets. 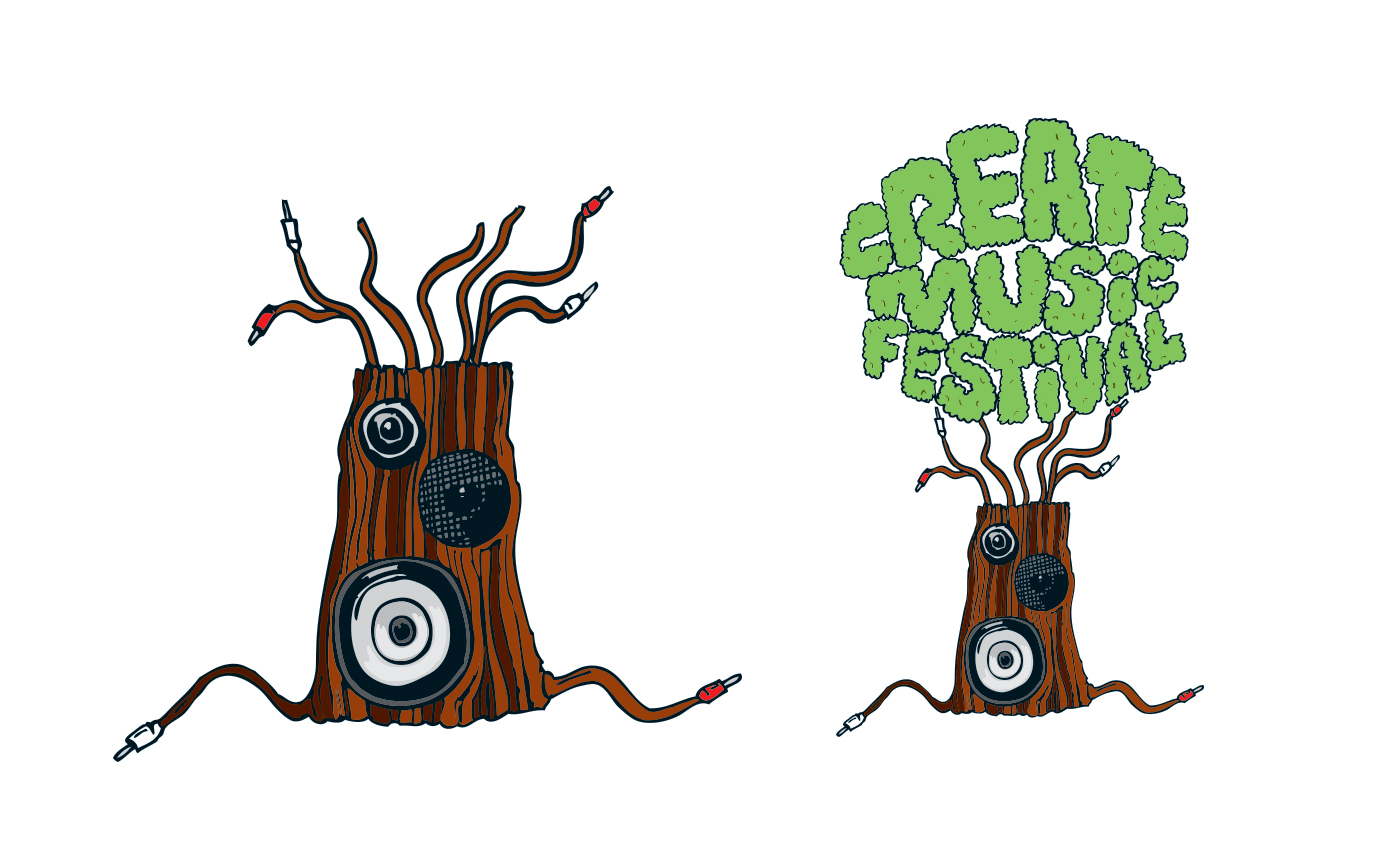 A selection of event posters, beginning with the original poster, through to the
2018 edition. 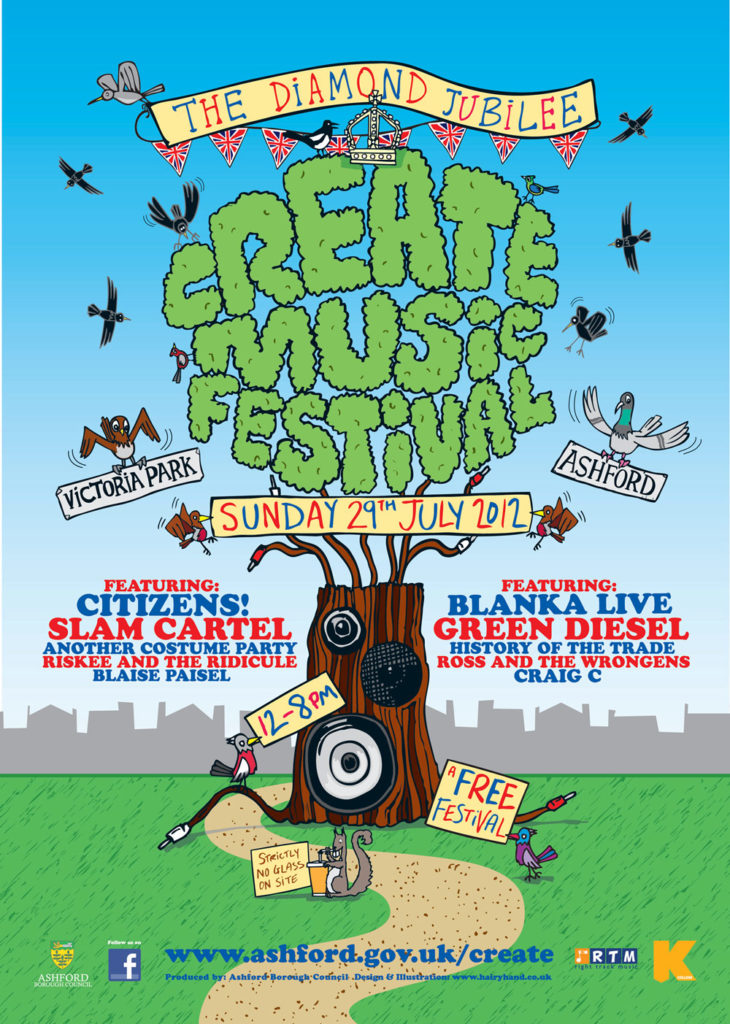 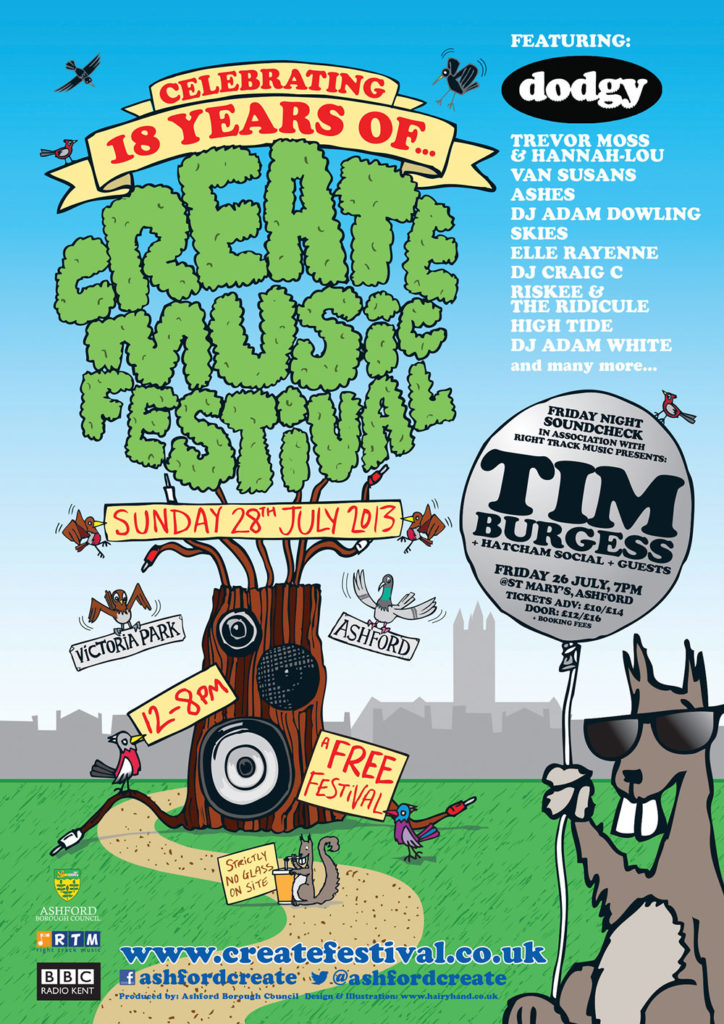 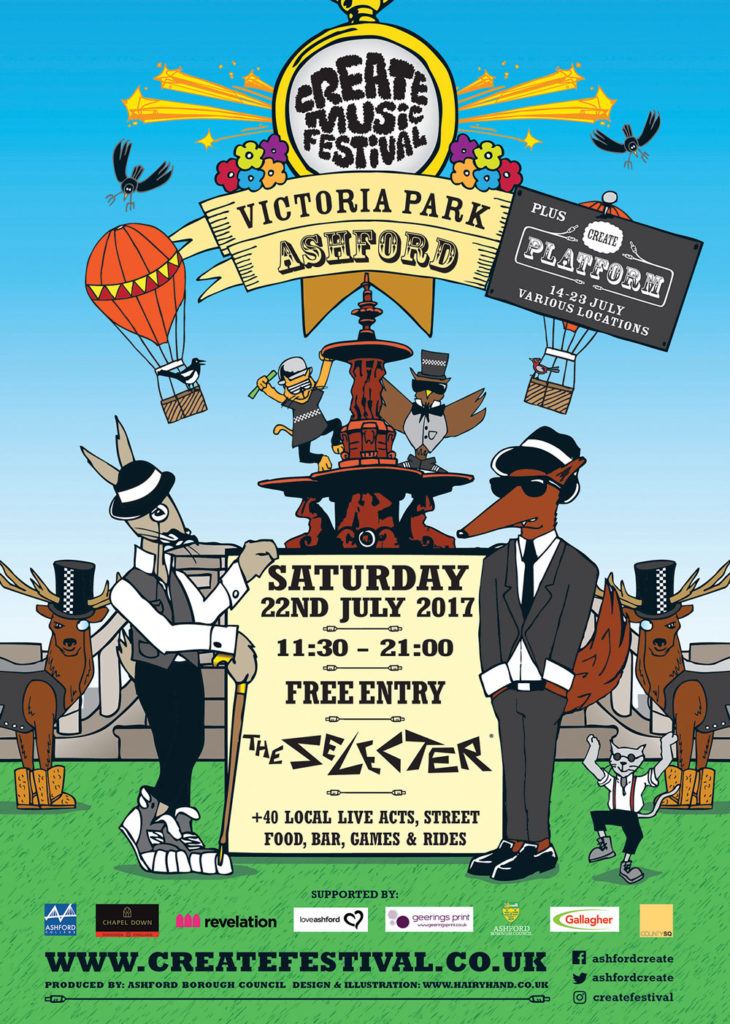 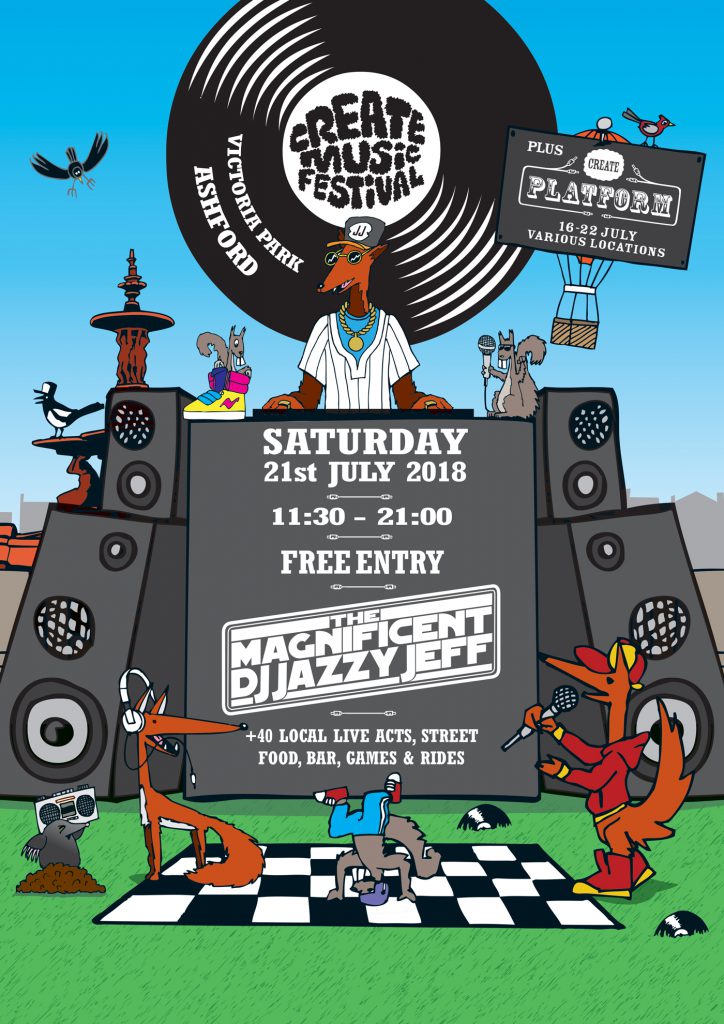 Outside and insides spread of the 2014 foldout event guide. This year saw the council use social media foe the event, for which we intrdocued the idea of the #CreateSelfie with this graphic 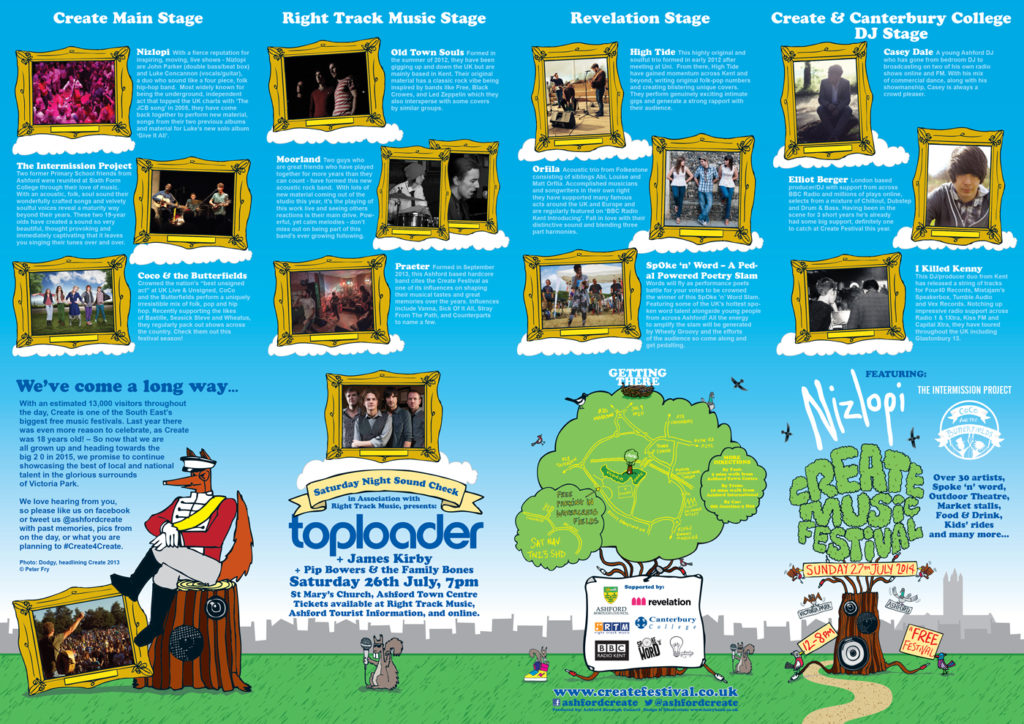 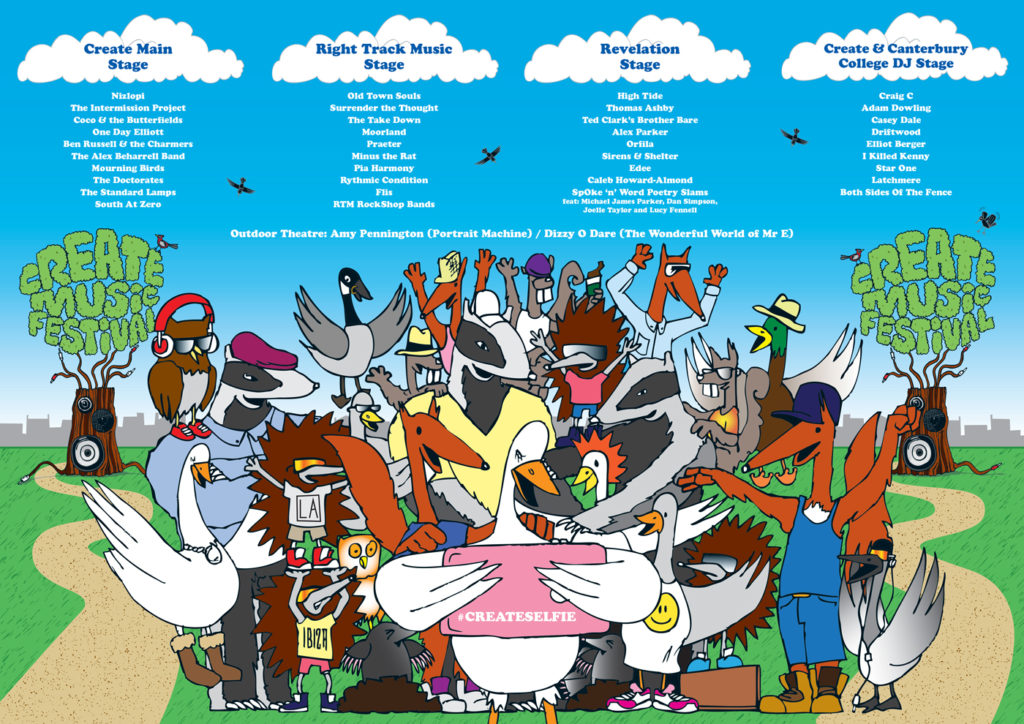 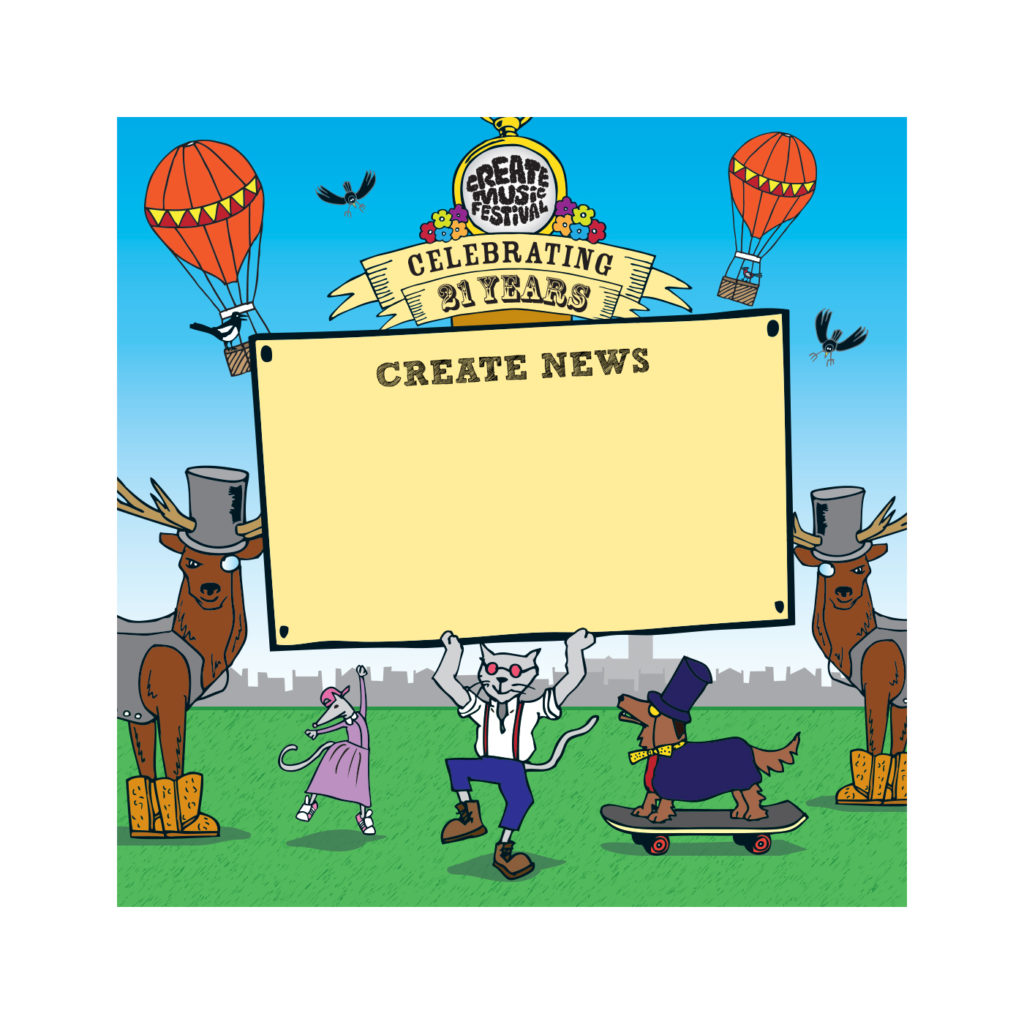