The Story:
‘Imagine Soft Play Centre’  were looking for an Integrated press radio campaign to convince parents could bring their children all year round, rather than just when it rained.

My response was based on the thought that many parents, are to a degree, house-proud, therefore the answer was to position ‘Imagine’ as the solution to their houses being wrecked by their children playing.

With this in mind I created the ‘Save Your Home’ strap line and scamped up executions which pictured children wrecking their homes.

The client loved my scamps and asked for the final illustrations to be coloured up versions of the scamps. I also convinced them to use the line “Kent’s biggest indoor play centre” which was true at the time.

The three Press ads (pictured) appeared in KM Extra, supported by a 30 second Radio Ad on KMFM, for which I wrote the script. 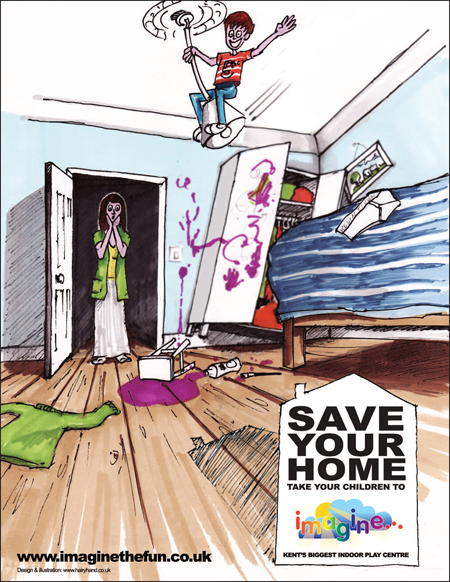 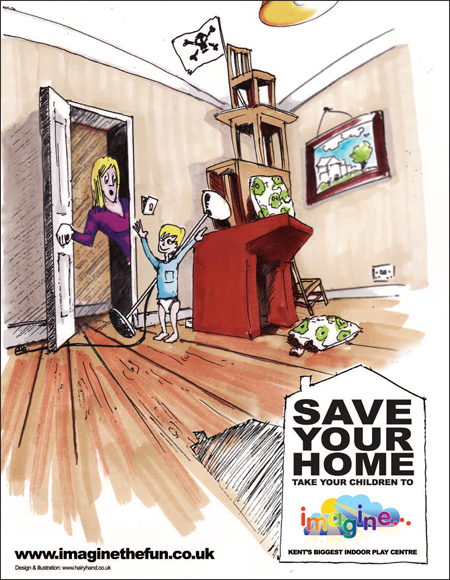 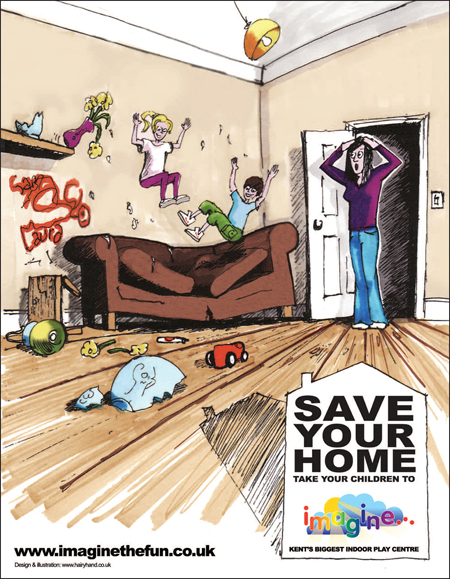