The story:
Events within politics are a great source of content, and this is a piece I created for Hairyhand in 2016, in response to a number of members of the shadow cabinet either resigning or being sacked by then leader of the Labour party,  Jeremy Corbyn, as part of a major cabinet reshuffle.

The idea came from the thought that Jeremy Corbyn needed to assemble a new cabinet quickly, so the IKEA brand, well-known for self assembly furniture, was ideal to carry the concept. 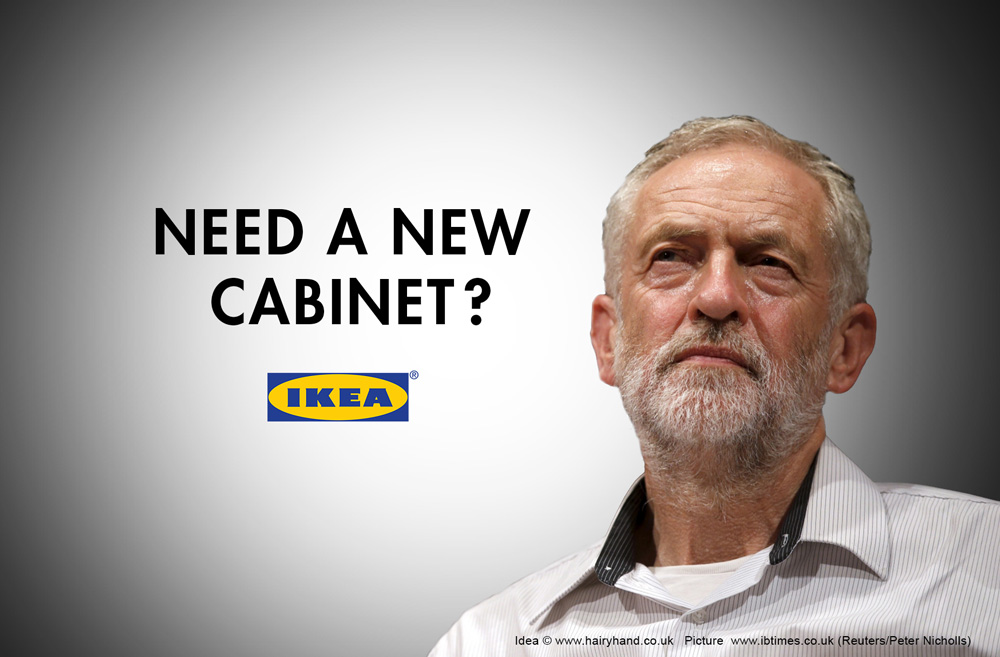