The story:
While working at JWT as an Art dIrector, I was tasked with creating an advert for Kellogg’s Crunchy Nut.

The aim of the brief was to raise brand awareness of the Crunchy Nut product during Wimbledon, within the existing “The Nation’s gone Crunchy Nut” campaign.

The ‘Serving suggestion’ guidelines on the back of the Crunchy Nut pack were the inspiration for this graphic. The image was taken as a photo (the spoon was made to racket scale), then vectorised in Illustrator.

It first appeared on the front cover of the Sunday Telegraph’s Wimbledon supplement. It was then adapted to different sizes as the competition progressed.

Later that year, the ad was nominated for an ANNA, only just beaten into 2nd place by the launch ad for St Pancras International station. 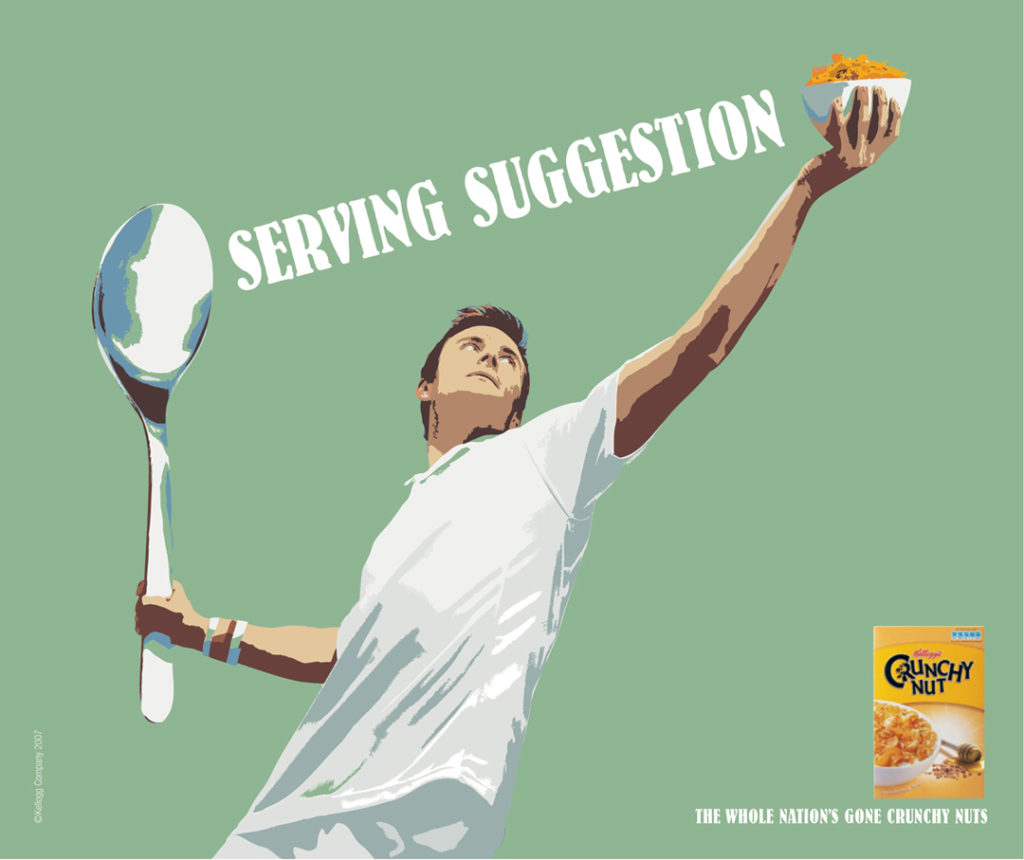 Another press ad created as part of the same campaign. 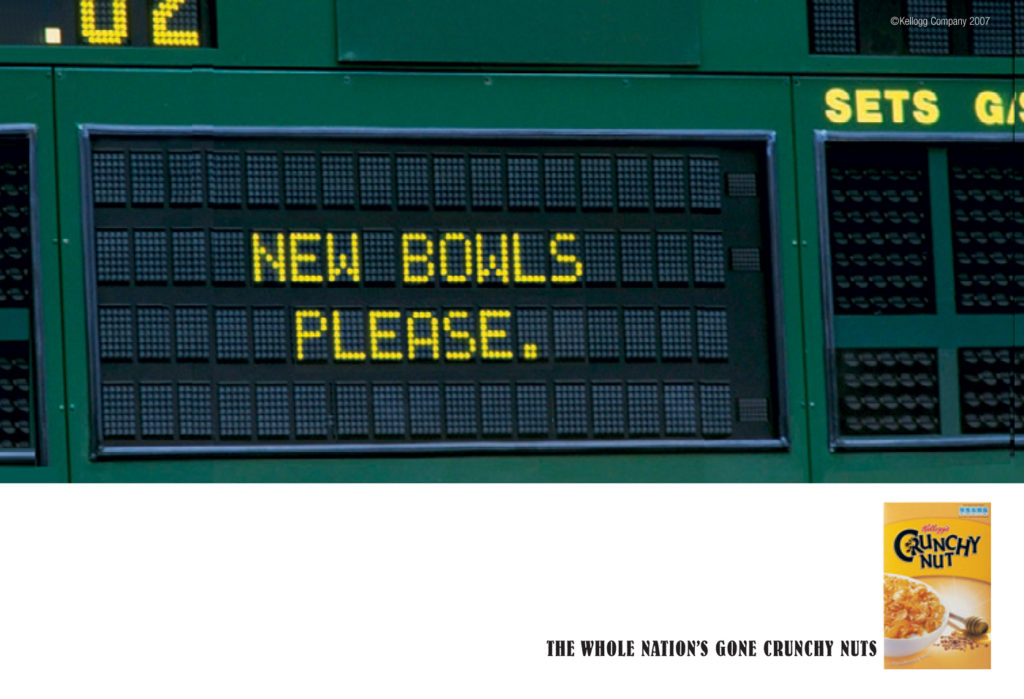