To encourage visitors to interact with the Hairyhand site, I created a platform game, based around the real-life adventures of Hairyhand,
that visitors could play.

The main character walks through the various rooms, shooting the ‘Bad designer’ sprites, collecting N50 pens to replenish ammo and refreshing the health counter by collecting the geek icon avatars, eventually meeting the end of level baddie in the last room.

As well as devising the strategy for how the game would play, I designed and illustrated the sprites in a blocky, 8-bit style, and directed the development of the game by one of the Hairyhand team.

The game was promoted by getting friends and colleagues to play the game and promote their scores via their social channels, using the buttons on the end screen.

The game can be played by clicking here

Pictured below are some screen shots from the game. 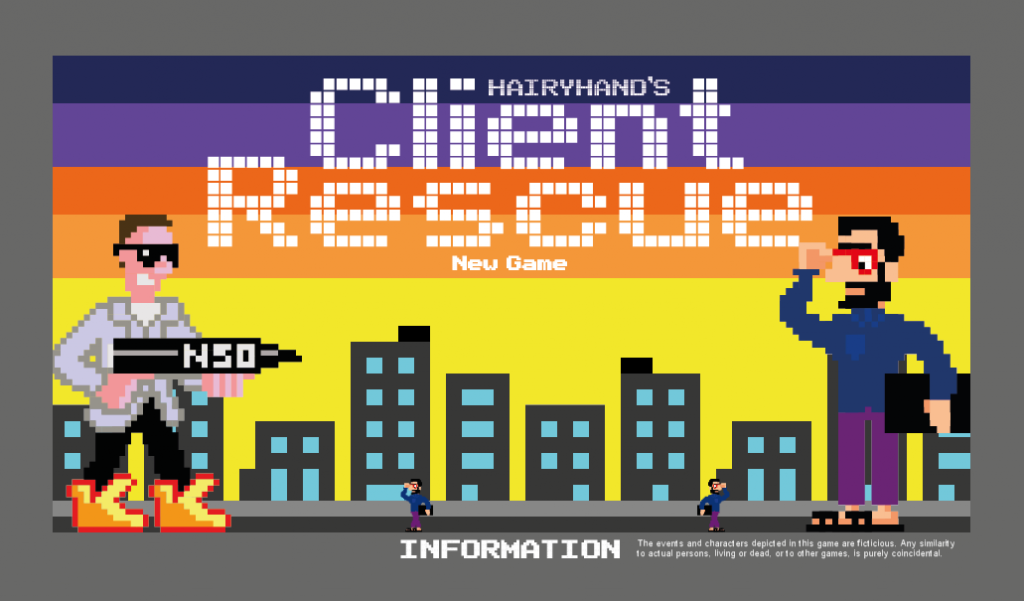 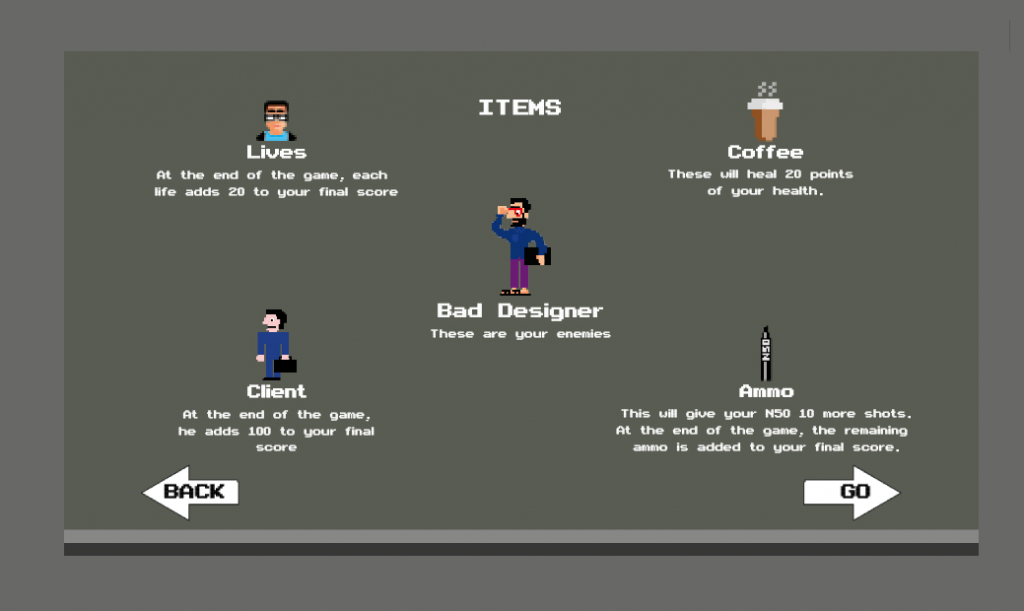 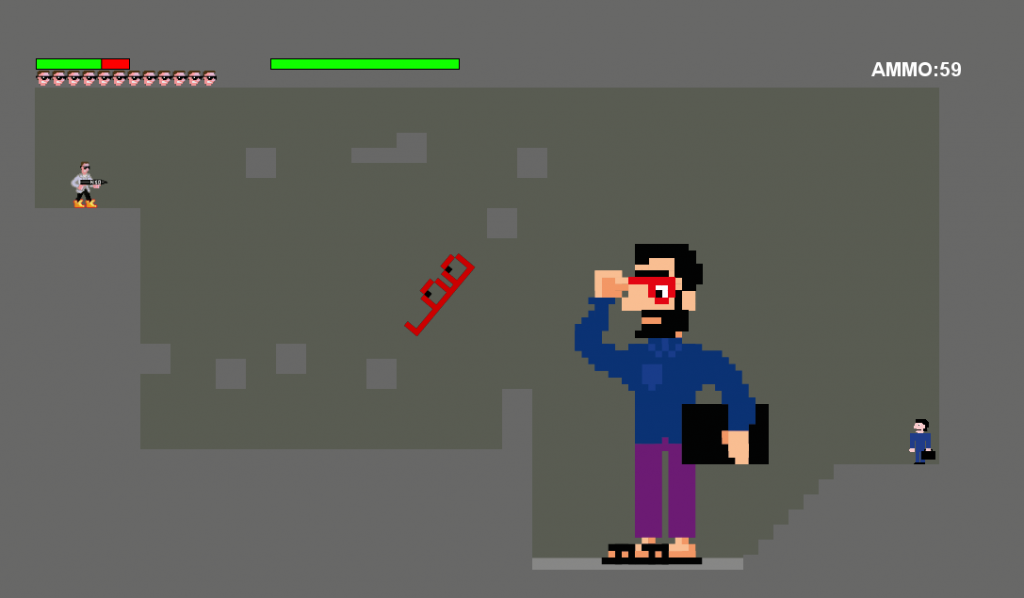